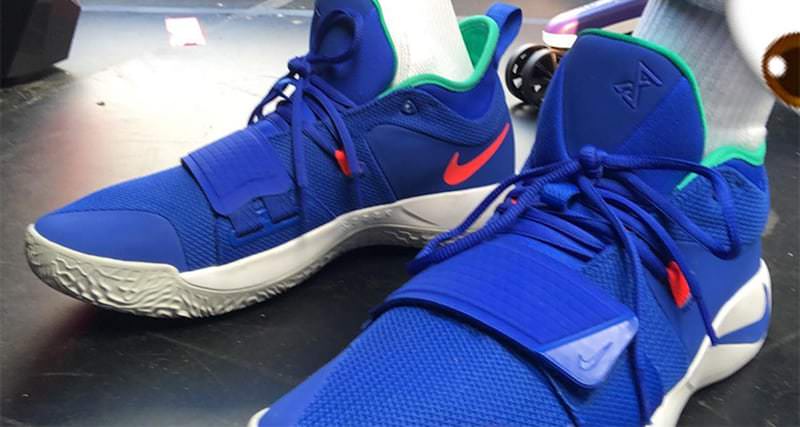 Paul George has one of the most worn sneakers in the NBA. His debut signature model, the Nike PG1, is widely considered one of the best on-court sneakers in years. Similar adoration for his PG2 is also beginning to mount. But George has more in store where his Nike collection is concerned, including a PG 2.5 which he previewed earlier this week.

With striking similarities to the PG2, George’s 2.5 masterfully deviates just slightly from its predecessor without being derivative. Instead, the “Fortnite” themed colorway creates a new life for itself while equally taking from the shaping and tooling of the PG2.

Stay tuned for more on the Nike PG 2.5 and its potential release.